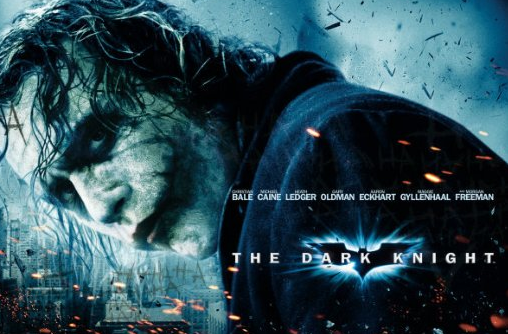 Well what do we have here? I feel strongly about this movie and had to write Batman The Dark Knight movie review.

I loved Batman Begins. It was a well-thought plot, believably high-tech toys and the lack of the Men in Black type humor. Christian Bale played a great wealthy tycoon trying to find his true soul in the world. He struggled with demons that that the audience could quickly grasp. It made sense watching Batman Begins.

Batman Dark Knight is not a film for a minor. I think that needs to be repeated on the likes of CNN, Fox News and other media outlets. My son of 13 went to see the film before me and frankly, I feel I have let him down; exposing him to early and unnecessary horror. The face, or lack of face of [level-basic]two-face (Harvey Dent played by Aaron Eckhart) was not only over-exposed horror, it was something that the producer Christopher Nolan felt he should focus on for long periods of time. Shocking to the average adult, this movie is abuse of a minor and should shock the conscience of the adult soul. Is this what our fine movie industry has stooped to for sales? Its obvious, the answer is a resounding yes.

When my little brother was electrocuted for hours, his face was horribly disfigured from the current. I insisted on seeing him before burial, despite objections from those around me. I still saw my little brother and rubbed his face one last time. His jaw was similar to the wonderful Hollywood in this movie – a painful reminder of what damage can be done to the human body.

As a former Marine, I can handle it and I can separate the two when watching a movie with similarities. But what they did in this movie, without warning to the younger viewing public is very, very wrong. It makes me sick to imagine how Aaron Eckhart faces his family with this brutal lack of conscience. Perhaps he just plops a big check on the table and says, sorry… Many innocent children are being exposed to something that NO children should ever have to see in their lifetime, ever.

In addition, the moral of the story is that good is bad, bad is good, good can be really bad, bad can sometimes be great. And everything that is supposed to be good is probably mostly very bad – and should be assumed so. As an adult, I came away with one solution for all problems, hit someone, hard… I cannot imagine what our youth will grab as good and valuable from this film..

Having ranted about the moral blemishes and lack of true film rating, I can move on to the plot. The movie is not worthy of tons of text, my time is simply too valuable for that. However, I will bullet the good vs. bad of the film.

Want to read the specifics about the illogical faults of the movie, visit http://thedarkknightsucks.com/. I could not have outlined it better than random posts from some movie-goers.

Would I go see this movie again? Without hesitation, no. Would I recommend the movie, again no. Wait for the dvd, actually wait for the free viewing on regular tv/cable – perhaps the censors will wash some of the visual grossness of two-face (i doubt it). Many of you will go see it, we are generally sheep when it comes to following fads or doing what the crowd will do, I did.

I can close with one certainty, the producers of Batman – The Dark Knight, got one thing right – the “Dark” part.